Campaign launch for Conservatives in Redditch 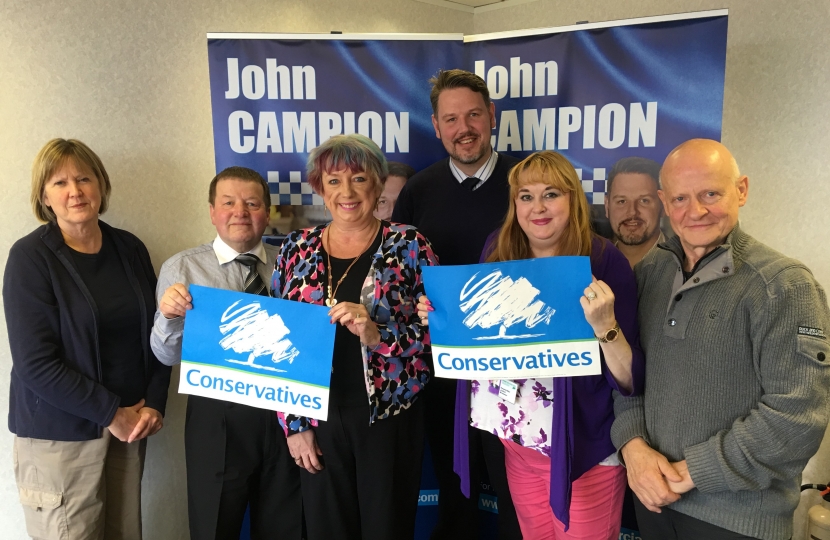 Conservatives in Redditch have simultaneously launched their local and police and crime commissioner election campaigns.

Both elections take place on 5 May with a third of council seats up for grabs as the Conservatives look to take control of the authority which they ran during 2008 to 2012.

The Conservatives, who are currently the official opposition, will stand on creating a ‘safer, cleaner and greener’ Redditch, improving job and apprenticeship opportunities and boosting community transport.

John Campion is the Conservative choice for West Mercia’s next Police and Crime Commissioner and offers a three-point plan to improve policing in Redditch.

Councillor Juliet Brunner, Leader of Redditch Conservative Group, said: “Labour have failed to deliver for Redditch only bumping up council tax with residents getting poorer services in return.

“The Conservatives will improve our borough by cracking down on dirt and litter, attracting more high quality jobs and ensuring better transport around Redditch.”

John Campion added: “I have developed a three point plan for improving local policing which will deliver a reassured, reformed and secure West Mercia and create a safer Redditch.

“I will also be a Commissioner who works closely with Juliet and local councillors to produce a joined up approach so to both beat crime in Redditch and get the best resources for the area.”