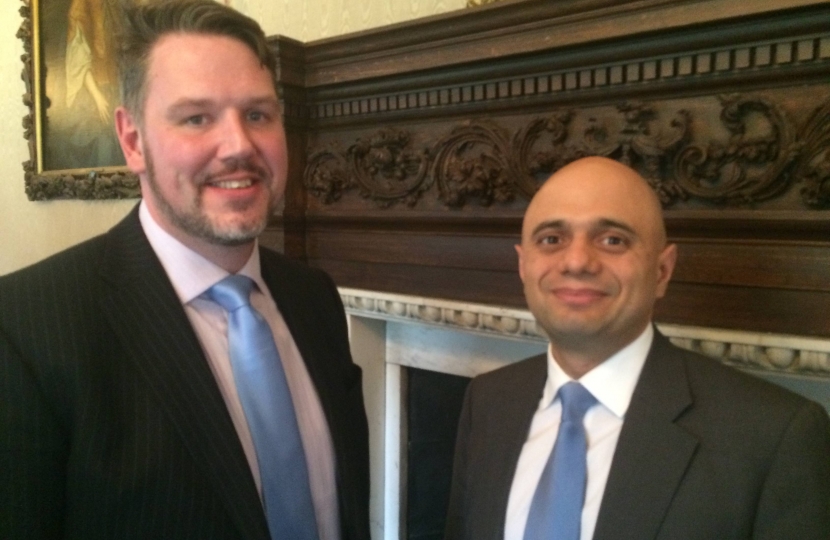 John Campion, the Conservative Police and Crime Commissioner for West Mercia has today endorsed Rt Hon Sajid Javid MP to be the next Leader of the Conservative & Unionist Party and the next Prime Minster as nominations open in Westminster.”

Mr Campion says, “As Commissioner I have seen first hand Sajid Javids vision, leadership and drive as Home Secretary and as a constituency MP in Bromsgrove.  He not only has listened and understood the support our police service and his community need, he has worked hard to deliver it.”

John added, “The Conservative Party and the Country needs a leader that will deliver Brexit, then get on with delivering vital public service reform and investment.  Sajid Javid is the leader my Party and our Country needs, ensuring we boldly leave the European Union to a brighter future of a more prosperous and fairer society.”

A call for candidates for Leader of the Conservative and Unionist Party will be made at 5pm on Friday 7th June. Nominations will be received from 10am Monday 10th June 2019 and will close at 5pm on the same day.  There will be a series of ballots by MPs, with the final two nominations being put to the Party Membership.

Thank you for your support

I am exceptionally honoured to have been elected as the next Police and Crime Commissioner in West Mercia.