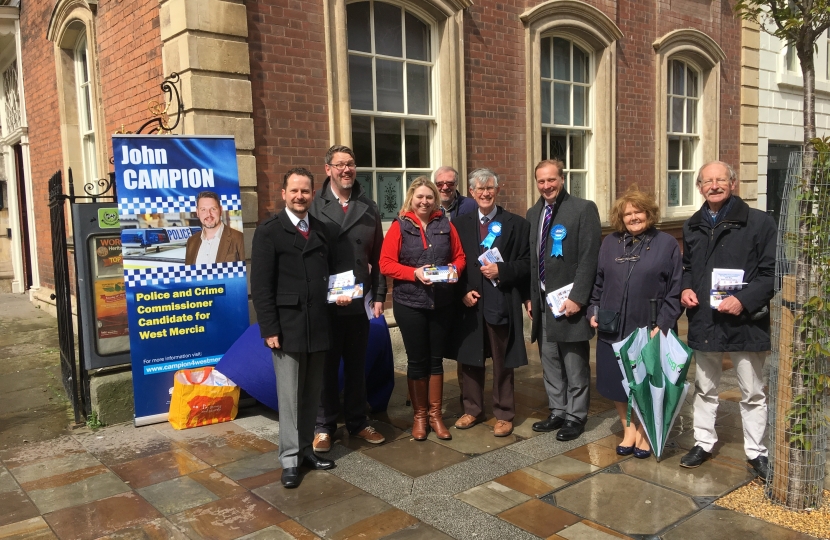 A Home Office Minister has backed the Conservative candidate to become the new Police and Crime Commissioner for West Mercia on a recent visit to Worcester.

It follows a visit to campaign in the region by Ms Bradley who is responsible for areas such as an anti-social behaviour and child sexual exploitation, in time for the election next Thursday.

Mr Campion was selected as the Conservative candidate last year and has since devised a three point plan for West Mercia police focusing on security, reassurance and reform.

Karen Bradley said: “I was delighted to campaign with John Campion who I know would make a terrific Police and Crime Commissioner for West Mercia, and would help improve local policing.

“Not only does John have the experience as a senior local government official and a former HM Prisons employee, he has a thorough plan to make the necessary change happen.”

John Campion added: “I’m pleased to have Karen’s backing for this very important election and I pledge to always champion local residents policing priorities to our officers.

“This endorsement from another member of the Home Office, following that of Theresa May, shows I will be a Commissioner who can work with Government and fight for the best resources.”