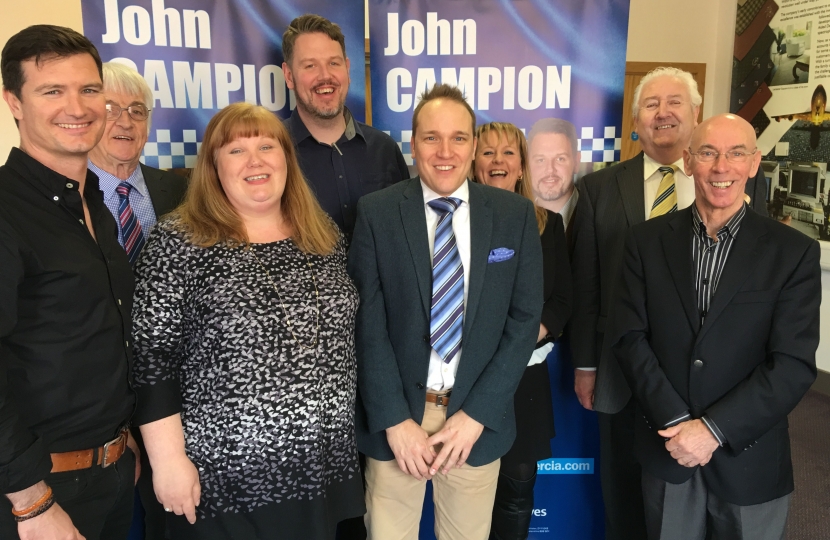 Conservatives in Wyre Forest have simultaneously launched their local and police and crime commissioner election campaigns.

Both elections take place on May 5th with a third of council seats up for grabs as the Conservatives look to continue to control of the authority which they have had since 2004.

The ruling group says it will campaign on having frozen council tax along with continuing economic regeneration, particularly in Kidderminster.

The Conservatives have also pledged to continue to drive efficiencies, keep the district clean and to give parish councils and community groups more power as part of a ‘localism’ agenda.

John Campion is the Conservative choice for West Mercia’s next Police and Crime Commissioner and offers a three-point plan to improve policing in Wyre Forest.

“Over the last twelve years, Wyre Forest Council have kept council tax low whilst delivering the best possible service and this is the record we intend to stand on for re-election.

“In the future we want to boost the business presence around Kidderminster making it a hub for commerce whilst also continuing to devolve decisions and power to local people and groups.”

John Campion added: “I have developed a three point plan for improving local policing which will deliver a reassured, reformed and secure West Mercia and create a safer Wyre Forest.

“I will also be a Commissioner who works closely with Marcus and local councillors to produce a joined up approach so to both beat crime in Wyre Forest and to get the best resources for the area.”