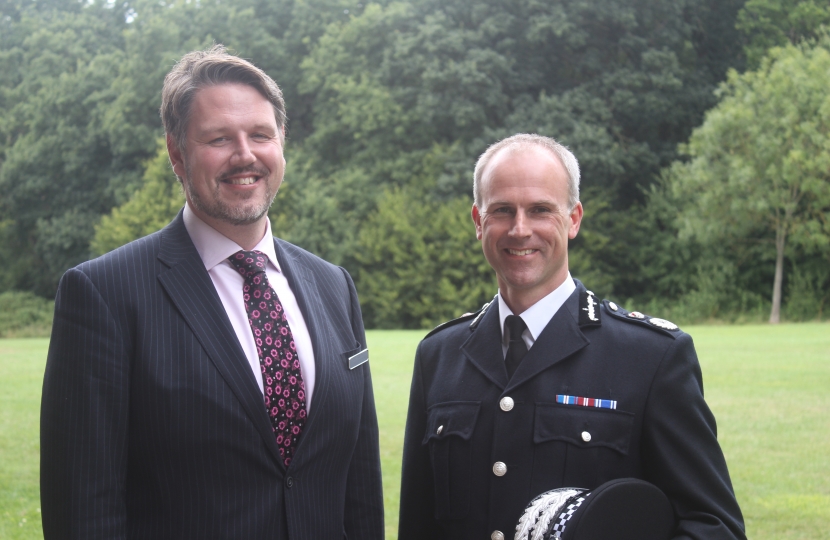 West Mercia Chief Constable Anthony Bangham has announced he will be retiring at the end of his 5 year contact in September after 30 years in policing.

I would like to thank Anthony on behalf of the communities of West Mercia for his commitment to public service and keeping people safe. Across 30 years as an officer in many different roles, Anthony has always placed the public at the heart of his work.

As Chief Constable he has been a determined leader in challenging times. He has taken brave, and sometimes difficult decisions, but his focus has always been the best interests of his police force and the communities they serve, rather than what was easiest or most convenient. He will leave West Mercia in a strong position, with much higher officer numbers and the foundations for a renewed, reinvigorated focus on West Mercia’s communities and how the force can best address their needs for years to come.  I have been very proud to work with him as Commissioner.

Appointing a new Chief Constable will be one of the first and most important duties for West Mercia’s Police and Crime Commissioner after the upcoming elections in May. Ensuring the best possible candidate is found and appointed will be vital in ensuring our communities are as safe, happy and prosperous as they can possibly be.

Picture attached was taken in 2016 on his appointment as Chief Constable following the confirmation by West Mercia Police & Crime Panel.

I’m proud to have the support of The Home Secretary Priti Patel in my work as your Commissioner.

With your support on Thursday May 6th at the PCC elections in West Mercia, I can continue my work to build a Safer West Mercia by working in partnership with Government.