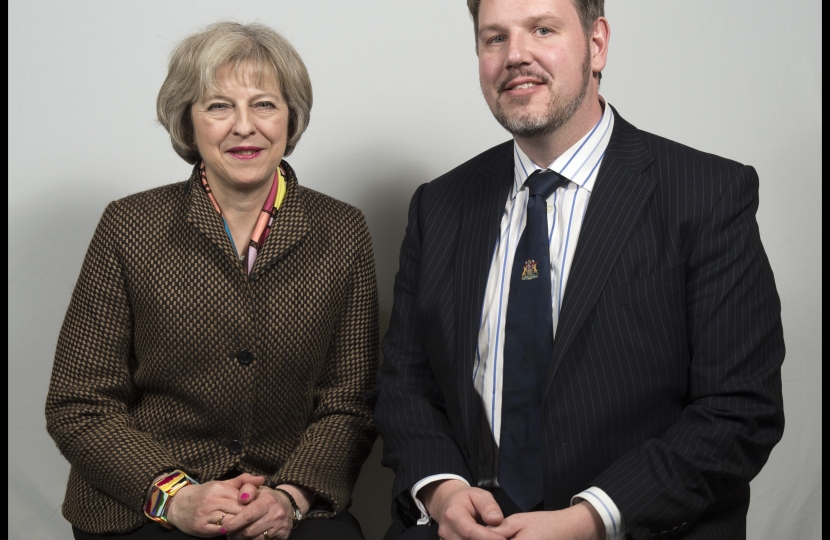 Improving policing in Worcestershire, Herefordshire and Shropshire was at the top of agenda during talks between the Home Secretary and a John Campion who is a candidate for Police and Crime Commissioner.

Conservative John Campion met with Theresa May when she visited Shrewsbury to discuss his priorities for the three counties if elected to the police and crime job on May 5.

Currently a senior county councillor, John says he wants to boost the number of special constables in West Mercia and increase the visibility of the police.

He also wants to work with senior officers to cut down on backroom costs like the interpretation bill and recruitment agency fees so to re-invest on the frontlineHe also says there should be a fair distribution of police resources for both rural and urban areas.

Theresa May said: “It was useful to meet with John Campion ahead of this important election in May to discuss his plan for lowering crime and creating safer communities in West Mercia.

“It is clear that he has a very thought-out plan focusing on what matters to local residents like increasing police visibility and confronting rural crime and I am confident he can deliver.”

John said: "I have a plan to make West Mercia safer and I was delighted to get the backing of the Home Secretary who listened very carefully to what I had to say.

"The police commissioner role is important as it is the voice of the public and holds police to account for cutting crime and keeping communities safe.

"I also think it is about time West Mercia had a police commissioner who can work with Government, listen to the public, spend wisely and produce fresh ideas to confront crime.